The Power of Peace in a Mexican Prison 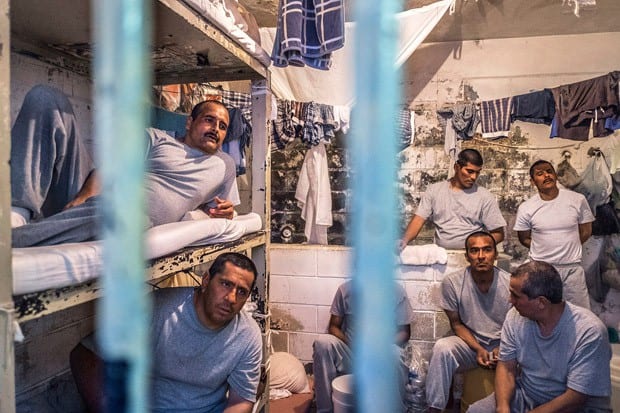 This a powerful story that is hard to communicate in just a few words how amazing it really is, but I will try. Just three weeks ago fifty men in a tough Mexican prison began the Power of Peace Project’s “40 Days of Peace” Program. Many of these men are affiliated with gangs and cartels and many are rivals. In this prison the men are packed twenty to a cell because it was built for 2500, but currently houses 5600 inmates. All these men went through the two day launch with us, signed the peace pledge, received the wristband and a journal, and committed to forty days of nonviolence– with daily journaling and action challenges, weekly small groups with their rivals, and a paper writing assignment that will precede a graduation celebration at the end of the project. In three short weeks this was an issue that came up this past week in the weekly meeting: out of the fifty men, only one man (named Julio) is not in a cell with any of the other POPP initiates. The cell he is packed into has no other POPP brothers and he is the only one with the wristband and journal—and he stands out. One of the brothers stood up and said: “Our brother Julio is all alone in his cell! What can we do to protect him?” My partner Jeff asked why he was in a cell all alone. They responded: “He’s not all alone, he just doesn’t have any Power of Peace brothers with him.” I am in awe. In three short weeks these men are concerned that their brother is “all alone” because he is not surrounded by the POPP group. They have already owned it and are protecting it. Imagine what could happen over months and years… The Power of Peace.