The Power of Peace Project

Following in the footsteps of world-renowned activists and civic & global leaders such as Martin Luther King Jr, Nelson Mandela, Mahatma Gandhi and others, the Power of Peace Project is a registered 501c3 organization that is committed to redirecting underserved youth, reducing the overall incidence of youth crime, rehabilitating young inmates, lowering academic dropout rates, and inspiring young people to discover and develop the untapped power and potential within all of us. It is an ideal, put into action in the form of a peace movement that has begun to take root and spread. Simply put, POPP interrupts and redirects young people who are on a perilous course and sets them firmly on the pathway to extraordinary dreams.

The Power of Peace movement, inspired by the Project, is spreading to schools and youth detention centers, and the Forty Days to Freedom series is bringing dramatic changes to this generation of young people. Together, we are beginning to remove the shame and stigma that comes to the families of the addicted and incarcerated, and show that these young men and women can change and prepare to become productive citizens.

The Power of Peace Project (POPP) was founded in 2010 by our organization’s president Kit Cummings, as he began to carry the message of peace, hope and change into the most difficult places in America– the U.S. prison industrial complex. As Kit spoke to more and more inmates, a momentum began to build in penitentiaries in different parts of the country. Behaviors began to change, and many of the men that society had left behind and essentially given up on, had rediscovered their personal power and potential. Some of the toughest prisoners began to strive to become positive role models to their kids and younger brothers. With prison inmates desperately needing a purpose and young people needing positive role models, the unlikeliest group of individuals heeded the call to action and stepped up to make a change. Administrators, educators, wardens, and officers were all amazed at what was taking place. Peace began to take hold and spread.

On January 18th, 2011, twelve men at a dangerous maximum security prison signed the “POPP Peace Pledge” and set out to see if they could live in peace with the men in Georgia’s toughest prison. Forty Days to Peace, that began on the 25th anniversary of MLK Day, would continue for the following forty days and beyond in that prison, and peace began to spread throughout the facility. That year this prison won Institution of the Year, literally going from worst to first.

Those twelve men chronicled their success, struggles and failures. These were bold men, some of whom are former gang members serving life sentences. They had unknowingly started a Peace Movement that would continue to spread to other state prisons and schools. The “Seven Step Peace Pledge” that they committed to and the transformation that followed is the subject of Kit Cummings’ second book Forty Days to Peace and subsequent work Forty Days to Freedom. Then Forty Days of Prayer was created to connect the link in wounded communities between schools, prisons and churches. These men have shown with their commitment to peace, even in the most hostile of environments, that Dr. King’s dream lives on and that light shines brightest in the darkness.

As those men began to practice a lifestyle of non-violence, other men began to watch and become curious. Word spread throughout the compounds, and inmates began to talk about Forty Days to Peace. Instead of being labeled as “weak” these men gained a new kind of respect among the prison population. A peace movement had begun, one that these men in their commitment to non-violence toward each other had created, and the prison administration and staff began to take note. POPP was invited to more and more facilities.

Since that first peace pledge POPP has gone to prisons and schools in the U.S., South Africa, Honduras, Mexico, Ukraine, and Guatemala. Since the first project in our first prison, Kit has taken the POPP message to over one hundred prisons, jails, detention centers and rehab facilities.

The Power of Peace Project has now expanded into a community development project which includes a student development program; anti-bullying campaigns in alternative high schools; a media company; corporate motivational programs; along with empowerment activities and organizational conflict resolution programming in wounded communities. The POPP peace movement took hold in Michigan and Ohio where over two thousand inmates committed to peace and to become positive role models, not only to inmates, but to a young generation that is losing its way. Some prisons saw violence decline as much as fifty percent as a result of the ongoing Project. Whether someone is a tough kid from an inner city school, or a college-prep kid living in the suburbs, it no longer matters – this is not a rich or poor, black, white or Hispanic issue– because the need for peace is a common bond that we all share. Our kids are hurting, and in turn hurting themselves and others. It is time for a new approach.

POPP Founder Kit Cummings has authored six books, including the award-winning Peace Behind the Wire: a Nonviolent Resolution. Another one of Kit’s books, Protect the Dream, Forty Days of Power, takes young people on a journey of Character and Leadership Development. Kids learn how to dream big dreams and then receive the tools to protect those dreams at all costs. POPP is turning “Rivals into Rolemodels.” Kit’s latest release The New Convict Code, Bringing Peace to the Streets from Behind the Wire aims to shatter the school to prison pipeline. What’s next? Kit is taking his Community Peace Initiative to Selma, AL to help heal a wounded community and lower youth crime, violence, and gang activity in that iconic civil rights city.

As we say at POPP “Hope is the New Dope” and kids are starting to believe in themselves and their dreams. Join us as we take peace from behind the wire to the streets! 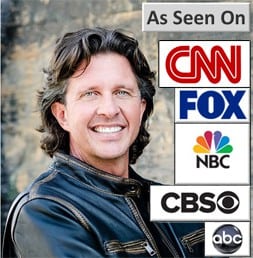 Kit is the founder and president of the Power of Peace Project, Inc. POPP began in 2010 inside Georgia’s most violent and dangerous maximum security prison in the midst of a gang war…
Learn More 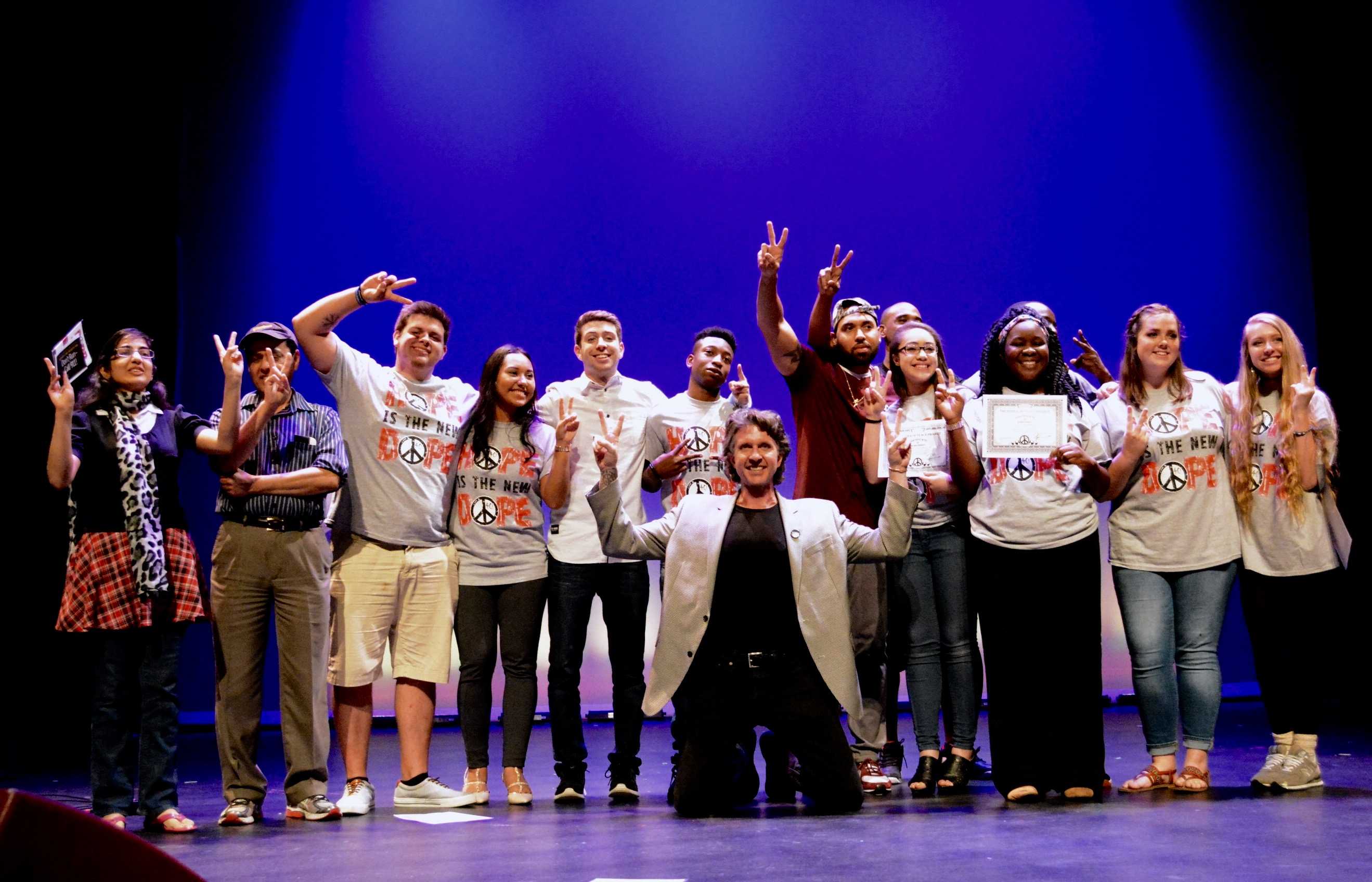 Review of Kit’s “Peace Behind the Wire: a Nonviolent Resolution”

“You know me…I write about legacy.  I create products that you can incorporate into your own legacy of positive impact.  SO…

As you know, a bipartisan justice reform bill was recently passed at the federal level.  The fact that taxpayer dollars are funding overcrowded prisons to which the vast majority of offenders return soon after they’ve been released is not news to anyone. What is the answer?  Where is the answer? Who knows the solution? Is there one?

Last week, an amazing friend of mine introduced me to an amazing friend of his.  Both of these men are doing Kingdom work in the area of justice reform but in very different ways.  For an hour and a half, I listened to Kit Cummings share with Bosco Cole and me how he began a movement called The Power of Peace Project, which began in the state of Georgia’s most dangerous maximum security prison. I left with a copy of his latest book, Peace behind the Wire:  A Nonviolent Solution.

If you have an interest, or even a curiosity, about justice reform, read this book.

If you have no interest whatsoever in justice reform, read this book.

If your family has been impacted by the trauma of having a family member incarcerated, read this book.

If that has never happened to your family and you know beyond a shadow of a doubt that it never will, read this book.

If you need to believe that there really is light in even the darkest places, read this book.

If you need to realize that the worst of humankind has potential for good, read this book.

If you don’t understand how the culture of violence that exists within most prisons could be created by inmates who crave peace, read this book.

If you don’t believe a 50+ year-old white man can relate to, challenge, motivate, and inspire love among prison mates of all races and religions, read this book.

If you want to know why a follower of Jesus decided to abandon the rat race of religion, taught within the halls of many churches, and took his Master of Theology degree with him into the trenches where most of us would never dare to darken, read this book.

If you want to know how one’s man dream is teaching people who gave up on dreaming to dream again, read this book.

If you want to learn how this same man’s legacy is invading the prison system where he teaches prisoners who may never again see the light of day how to leave their own legacy of positive influence, read this book.

If you want to imagine how security guards, prisoner officials, and family members have also benefitted by a magic that no one could predict or expect, read this book.

If you don’t already know that the magic of Jesus works everywhere, read this book.

If you want to know how an idea became a movement, read this book.

And when you’ve finished, be grateful for the fact that the same principles Kit Cummings is using to transform inmates is now being introduced into middle schools and high schools because, in the schools blessed to have been indoctrinated into POPP, Hope is the new Dope!

The Power of Peace….Blessed are the Peacemakers.”

Kit created and developed Attitude Science as the model and platform from which he teaches. With humor and high energy, Kit pulls from CBT principles, and the study of psychology, brain science and physics. Attitude Science cuts across cultural and socioeconomic barriers, and has been proven effective in various industries, schools, prisons, athletics, and addiction/recovery. It brings out potential and uncovers innate gifts; it unclutters the mind and brings focus and clarity; it raises up leaders and forges unity among team members; it increases the efficiency and productivity of organizations; it helps individuals and teams to COME ALIVE… It is the Physics of Performance.

I become what I see.

I find what I look for.

I find what I believe I deserve.

My words create my world.

My moods are magnetic.

What I focus on expands.

What I resist persists.

Passion resides in my unique gift.

Joy often hides in my pain.

All that I need I already possess. 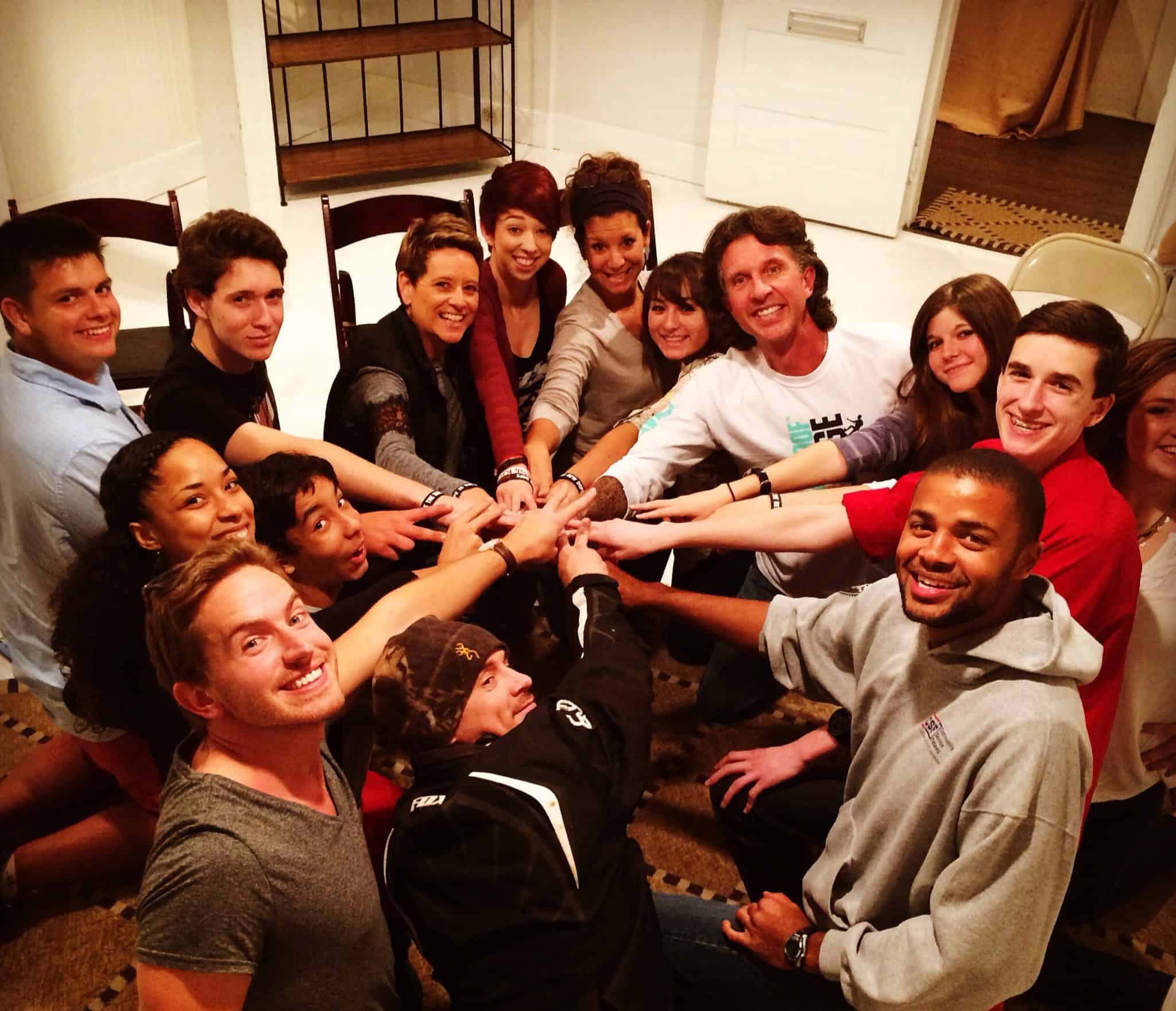