Crowd Surfing with the Young Bloods 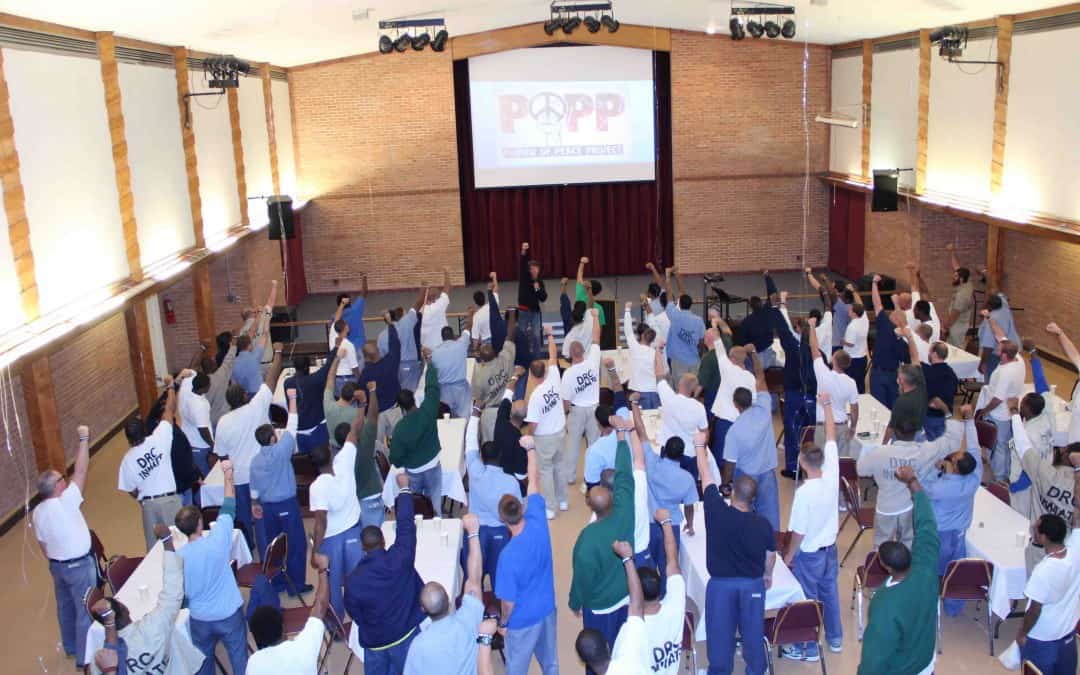 Once again I am overflowing with joy as we celebrate the graduation of 40 Days to Peace by another two hundred high risk inmates at a prison in the Midwest. Most of these men come out of the tough streets of Detroit and they are in Level Four, which is the highest security level in this prison, which means that they did something to earn the right to be at that level. We have preached, we have commended, the men have shared, congratulated, and even hugged their rivals. This is a moment of jubilation as we have the hip-hop group Gideon Crew & Sunny Day performing a concert and we have prepared a feast for these inmates, something that they rarely if ever get. As we dance and celebrate I notice a group of young inmates from a particular, well known organization. They sat together for the first two days of the POPP launch, and in the beginning they were very hard to manage. They made a point of being a bit disruptive during my messages and they would talk to each other and carry on business, which drew intense stares from other convicts in the gym. This can be a problem at events and programs in prison if it continues unchecked. They didn’t seem to care, as they represent a new type of convict in the US correctional system: the young, tough, fearless, sometime ruthless, inmate. Many have come up through the youth system, and now they are trying to make a reputation, and the older men don’t know what to do with them; and these younger men don’t seem to respect the convict code. Back in the day the older convicts would work things out when they had a problem, man to man, one on one, with their hands. Now the rules of the game have changed: now it’s often three on one with weapons. That’s all the young ones know, but the older guys don’t respect that. This makes for a very intense vibe when they are together in one place, because typically the warden doesn’t allow these organizations in the same room together at this level of security.

The young men in the back began to get a little more boisterous than normal. Suddenly they charged toward the stage. The warden, deputy warden of security and the security threat group sergeant were in the back of the gym. They noticed the move, but were not in position to do anything about it, and all six of them were headed toward me. That is a moment where time stands still. Completely aware and once again trapped in the present moment, there is no time to be afraid; things just happen quickly. I had no idea why they were coming at me because most of these inmates love me and would never let anyone harm me without some very serious consequences. But they were coming and there was nothing I could do about it. So when they reached me I braced myself. They grabbed me, lifted me up, and began to throw me around— it was kind of like crowd surfing. They were so filled with joy and caught up in the moment that they had decided to toss me around in celebration. It was amazing that anyone even had the idea, much less the inclination to carry it out. All the other convicts laughed and cheered, and even the officers and wardens laughed and allowed them to continue to enjoy themselves. Every time I go back to that maximum security prison, those young guys remind of what they did that day: “Hey Kit, you remember when we threw you around!” Yeah I remember, it’s another day I will never forget.