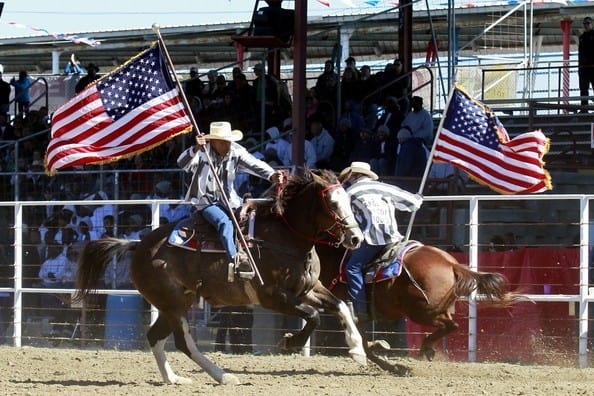 Motivation is a powerful force. It is amazing the lengths to which a person will go, and the depths a person can be pushed to when properly motivated. I am witnessing this first hand as I am in attendance at the world famous Angola Prison Rodeo. Angola State Prison is the biggest prison in the US housing over six thousand inmates, with the majority serving life without parole. Once known as the bloodiest prison in the world, Angola has gone through a radical restoration over the past twenty years. This is the fiftieth anniversary of the convict rodeo and thousands are in attendance seated in an outdoor stadium constructed for this event. I have grown close to a number of men who reside in this prison built on eighteen thousand acres of rural Louisiana farmland. Once a slave plantation, it is bordered on three sides by the Mississippi river. I have a friend in Angola Prison who has been there for over fifty years. He has been at Angola almost as long as I have been alive. Tall, strong, and tough, you would never know that Mr. Starks is eighty-two years old. It is as if prison has preserved him. He has been an elder in the prison church for over thirty years, and he has taught me things about life at Angola that are invaluable. Why would I not listen to a man with his wisdom, experience, and life lessons? He has shared stories with me about that place that have helped me understand my work better, as well as the human condition.

This is a real rodeo with inmates who look forward to this all year long. Black, White, and Latino prisoners leave everything inside the rodeo ring as the crowd cheers and roots them on. Before and after the event, life sentenced inmates set up booths and get to sell their wares to free world guests on the prison grounds. Several items that have been made for me by the men in blue have become some of my most valued possessions: an alligator wallet made from a gator they pulled out of the Mississippi; an ink pen my brother Larry made from deer antler; and a belt made from a rattlesnake my friend Griffin killed on the prison grounds. This is a working farm that produces corn, soy, beef, cat fish and many more products that are sold in the free world on the open market for quite a profit, and this famous prison operates in the black financially which is almost unheard of. The warden is a world renowned prison reformist that brought God into this prison and changed everything.

The events that are held at this particular rodeo are not your normal rodeo events. They do have some calf roping, barrel racing, and bull riding, but it is their unique prison rodeo events that set this place apart. Early in the competition the crowd watches a round of “Convict Poker.” Four inmates are seated at a red card table in the middle of the rodeo ring, and they are playing poker (supposedly). A huge bull with real horns longer than my arm waits in a stall, and he is agitated. When he is released into the arena, the first thing he sees is that red table, and it appears as if he cannot believe four men are sitting in the middle of his ring. He snorts and kicks his hoof into the dirt, as he puts his head down and gathers a full head of steam before he reaches his target. Now, the game is this: the last convict to remain seated at the card table wins five hundred dollars in cash money on their books. That might not seem like much in the free world, but in this place it will make you a rich man and definitely change your lifestyle. You would not believe how high a human being can fly when helped along by a two thousand pound bull! Three men lay crumpled in a pile on the dismantled table, and the rodeo clown helps them to their feet as they shake their heads and the crowd cheers wildly. Another cowboy struts across the ring triumphantly and raises his hat in the air.

The very last event, and the one that everyone has come to see, is a true spectacle. All the convicts, probably fifty in number, are gathered in the arena. The biggest, baddest bull awaits them. He is being poked and prodded and severely disturbed in his stall and cannot wait to be freed. He has a red medallion tied to his forehead. The game is this: whichever inmate can successfully remove and retain that medallion gets five hundred dollars. This becomes a free-for-all as convicts are chasing an angry bull and also strenuously competing with one another to wrestle the chip away from his massive, butting head. It is quite fascinating to watch. The announcer speaks over the loud speaker and says, “Ladies and gentlemen, it is time for what you have all been waiting for. Our reigning champion, “Mr. Smith” has won this event seventeen times in a row. He is the favorite.” Imagine the odds: the same man has managed to beat out dozens of other convicts and get that chip seventeen times in a row. He obviously is very motivated, gifted in this area, and has a better strategy than all of the others. The gates open and the bull blasts out of the stall. All you can see is a cloud of dust and convicts bouncing around and flying through the air. Every few seconds the bull emerges from the dust and then the men swallow him up. You guessed it: running out of the crowd and holding the medallion over his head triumphantly is exactly who everyone expects it to be: for the eighteenth time in a row it is “Mr. Smith.” Unbelievable. Desire, motivation, and a good plan make for a very powerful combination.