Miracles in the Land of Mandela 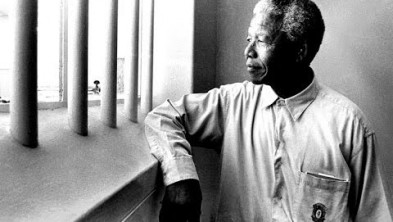 I’m stepping off the plane in Johannesburg, South Africa, half way around the world. I’m looking for a small, young Indian man named Raj. We’ve never met, nor even talked, but he is my connection and I have no plan B. He knows what I look like, but that’s about it. Luckily, Raj finds the tall lanky American and we set off on our adventure. I am finally in the land of Mandela again. I have been intrigued and fascinated with this great man ever since I read “Long Walk to Freedom” years ago. I have always wanted to come back to this historic place and finally it has arrived; the last time I was here was in 1995 after Mandela had been elected president. I have come all this way to try to get a place at the Gandhi Global Peace Summit that will begin in two days in Durban. All I know is that I received a mass email about this conference that is held once every six years. It is hosted by Ela Gandhi, granddaughter of Mahatma Gandhi, and noted civil rights leader Dr. Bernard Lafayette. Freedom fighters and peace icons from around the world meet and discuss solutions for world peace. The 14th fourteenth Dalai Lama is represented, as well as dignitaries from India, Uganda, Egypt, and other war-torn countries from around the world. I just want to be present and sit at the feet of these great people and learn what I have been sent there to learn. I just hope that they will let me in, and that I can get a seat and see the stage from where I am. But I have no idea what is in store for me.

When I learned that I would be making this historic trip, I proclaimed to the church that I would not only be visiting Robben Island where Mandela was incarcerated for eighteen of his twenty- seven years, but that I would also be speaking in a South African prison. The only problem? I had no connections, invitations, nor did I even know of any specific South African prisons. I just reasoned that I would figure it out when I got there; I do a lot of things like that, and have found that it is a fascinating way to live: call your shot, and then go and search for an open door. My driver and interpreter was a wonderful young Zulu man named Mulu. Halfway into my trip and after the conference had already begun, Mulu called and said that he had a couple of friends who wanted to meet me. I told him that I would be honored and that we could have dinner together that evening. He said that they couldn’t meet until late and that there was one more thing that I should know about them: they were former gangsters and had done time inside a place called Westville Prison. That sounded like it would be right up my alley, so I quickly agreed.

We went to a mall in the middle of nowhere at about ten that night10pm. It was an adventure to get there as we drove through red lights so that we didn’t have to stop, as Mulu informed me that we would risk being car-jacked if we slowed down. We met up with his friends, and we immediately hit it off. They told me about growing up in Apartheid South Africa, and what it was like to do hard time there. They spoke of the Westville prison that was built to hold 7,000seven thousand men, but currently houses 12,000twelve thousand. They shared about their change and their conversion behind the walls. I was fascinated. The mall was closing and we had to leave, but as we hugged and made our way to the door, I asked them an important question:. “Any way you guys could get me into that prison?” They looked at me a little strange and said that they knew the chaplain. I asked them to see if they could get me in, but then I threw in one more request: “It has to be tomorrow morning.” The problem was that it was already 11:00pm at night, and if I was going to get in, it needed to early the next morning, so that I could make it back for the second half of the conference.

The next morning Mulu called me early. He said that his friends had phoned him and said that they didn’t know if they could get me in but it was worth a try, and to get me there by 8:00ameight. As we drove into the main complex I was overwhelmed at the size of this prison. As we approached the gate I prayed that God would open the door. Thirty minutes later we were inside and getting cleared through security. They took me up a long spiral walkway and put me in a large room with no windows. This part of the prison is old, dark, and dank. We waited for what seemed like a long time and then finally men dressed in orange jump suits began to file in. These were Zulu convicts and many of them had blank stares and deep scars. Many were political prisoners, and others were hardened criminals, while others were just desperately poor people in a bad place. I was told that because of overcrowding, they had a system where they had to share cots with other inmates and when their sleeping time was up other inmates would just kick the bed to let the other man know it was their turn.

Within forty-five minutes, we were dancing, and singing, laughing, and cheering. Here I was halfway around the world and I was experiencing the same reactions and responses as I did from prisoners in America. The only difference was language and culture, but the hearts were the same. Their living conditions were much more desperate, and their spirits longed even more to be free. Once again I was reminded powerfully that we are all humans and we are all in this thing together. I could see the longing for liberation in their eyes and I could sense it in their spirits. I was amazed how God had led me to the exact men that could get me into the exact prison that I had proclaimed that I would enter just weeks before. Fascinating… As we finished and walked back through the gate, I marveled at what had just happened. I looked at the clock and told Mulu that we needed to get back across town as fast as possible, and that maybe I could still make it to the conference by lunchtime.

As we got back to the university and I ran back to the building where the Peace Summit was being held, I busted through the doors right as lunch was almost over. I hurried to the buffet line and got a plate of the Indian Cuisine and made my way to an empty table to wolf down my food. On my way in through the doors, I ran into a new friend who is the founder of War Resisters International out of NYCNew York City. A fascinating and brilliant man with a bald head, thick glasses, and a long white beard. He asked me, “Did you get into the prison, and did you get to speak?” I said with a smile that yes indeed, I had! Then he made his way back into the crowd. As I sat there eating alone, I was interrupted by a nice, polite Indian woman. She was there representing the Premier, and she was involved in the development and implementation of the agenda for this important conference. This meeting is held only once every six years and the speakers are carefully chosen and invited far in advance of this event.
She said’, “Excuse me, Mr. Cummings, I have a question for you. We have heard that you visited a prison here in Durban this morning, and that you spoke to the prisoners about non-violence. We would like to know if you would be willing to speak.”

I was stunned. Trying to swallow my food in order to be respectful, I replied, “Of course, I would be honored. When would you like for me to speak?” She quickly said, “Right now” and led me by the arm away from my table and up to the podium. They began to introduce me immediately and said that I had some things of importance that they would like for me to share. Before I even had time to prepare my remarks, I was holding the microphone. There I was in a tee-shirt and blue jeans, with Ela Gandhi and Dr. Bernard Lafayette in the front row. But I was honored and privileged to have the very important opportunity to present to peacemakers from around the world about the Power of Peace Movement, and how we were teaching Gandhi, King and Mandela nonviolent principles in prisons and inner city schools back in the states. I was overwhelmed with gratitude and amazed at what had just happened. It was beyond my wildest dreams, but exactly why I had come all the way across the world. I just didn’t know it.